The Benefits of Coaching –
More Than Meets The Eye 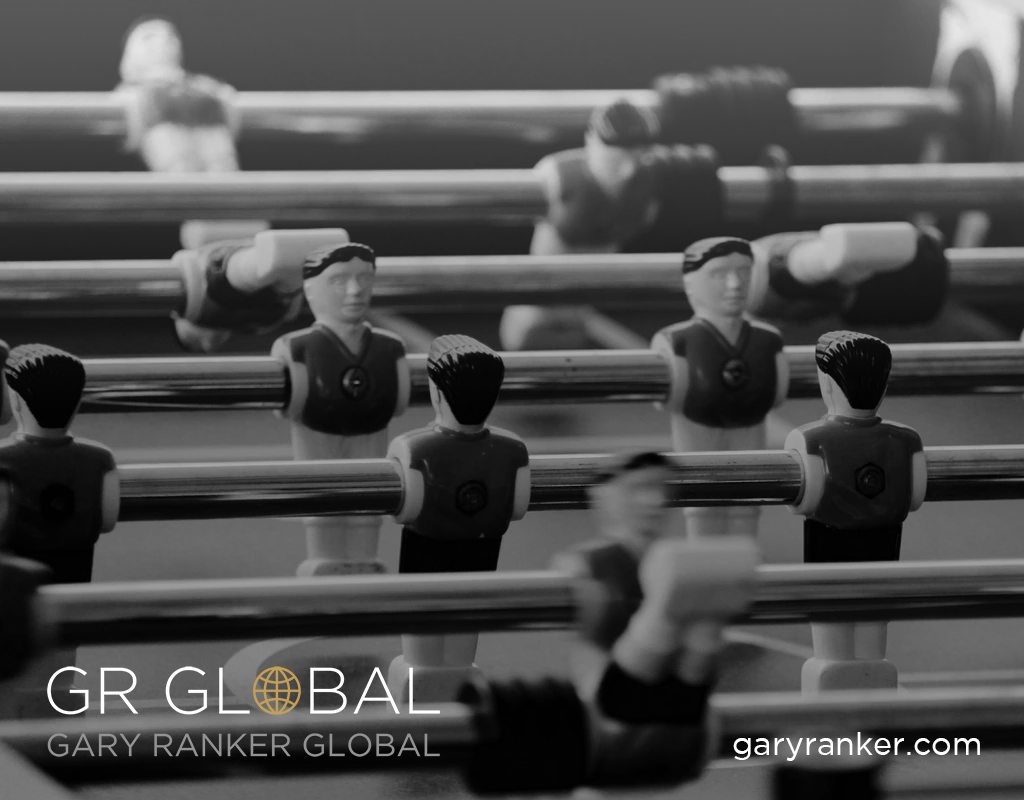 A coaching relationship brings many benefits to the executive, his team and his organization.  For this particular article, we will be focusing on the coaching methodology  practiced by Dr. Gary Ranker in his work with Global Leaders.   He sees Executive Coaching as a CEO’s competitive advantage, one that is not determined by short time interaction, but rather as a long-time engagement.  This type of coaching relationship is similar to a relationship with an athletic coach. In athletics as long as you wish to stay in the game, to be at the top of your performance, you continue to appreciate the value of your coach.

When the coaching relationship is long,  there is room and opportunity to help the leader develop awareness at a much higher level.  The notion of emotional intelligence is an essential part of one’s life and work effectiveness.  And Emotional intelligence is dependent on the level of awareness a person might be able to develop.  Dr. Ranker aims to help the leader become aware of three different levels:

A) Self-awareness – For some leaders, this is a new experience but at the end of the day it comes down to identifying their goals, values, fears, dreams, needs and wants and how these drive their behaviors.

B) Social Awareness – Becoming aware of the social context may also be a new experience for the coaching clients, especially for those that are taking new global roles. Coaching social awareness gets into a lot of detail as this is key to analyzing the effectiveness of each key relationship—such as what the goals are, what’s working and not working in their interactions.

Benefits of Coaching – Change in Behavior and Perception

Behavior change is hard, especially when you are dealing with individuals that have been successful. Since they have already achieved success, they sometimes look at the coach, perhaps thinking to themselves or saying, “Why should I listen to you? Why should I take your suggestions?” They can look across the table at me and think to themselves, “Clearly I am very successful and powerful. I make a lot of money, and so why should I change anything? I have evidence that the way I behave, manage, and communicate is successful.”  The reality is that everyone can identify one or more behaviors that deter them in some manner from being their best.  When this behavior is coupled with awareness, you have a powerful combination, and it is perhaps one of the most valuable benefits of coaching.

However, on occasion there can be long periods of time associated with many  strategic activities of the executive, some behaviors, and their consequences might not be recognized quickly.  Only a long-term coach/coachee relationship will be able to uncover these behaviors and address them in a timely manor.   Those behaviors usually fall into four main categories:  interpersonal dealings and communication, leadership and supervision, technical activities of management, and personal behavior and skills.

Benefits of Coaching – Efficiency and Power

Perhaps this point can be better illustrated with an analogy. If you have a car with a powerful motor, you can start the car, put your foot on the brake pedal, put the car in drive, and still get the car up to a high speed. The engine is so powerful that it can overcome the drag from the brake. Highly successful individuals are very powerful and having their foot on the brake has not prevented them from being successful. The reality is, however, that the brake drags down their efficiency. If they took their foot off the brake, they could go faster using the same power—or they could use less power, less energy, to get the same speed. In other words, the brake does affect performance and efficiency. It’s just that they are powerful enough to absorb that inefficiency and still go fast until conditions change.

Benefits of Coaching – An Unbiased Point of View

People at the top are less likely to receive meaningful feedback, it gets lonely at the top! Every individual inside the company has their own agenda.  Moreover, blind spots are less obvious when things are going well.  Executives tend to become inward-looking, especially when they have demonstrated their success. These blind spots can become devastating when performance or needs move in the other direction, e.g., taking over a global post in a foreign country. They can become the “the foot on the break of a high-performance car”. The coach’s only concern is with the CEO’s success as the leader of the company.

Is there a proven relationship between coaching and getting to the top?  Take Jack Welch for example, a prominent, top executive  who worked with an advisor/coach—Ram Charan—for many years with very successful results.  Additionally, it was Jack Welch who hired Dr. Gary Ranker to coach some of the top GE executives to identify, evaluate and address behavioral and managerial approaches and techniques.

In his global work, Dr. Gary Ranker has been surprised to learn of the low percentage of CEOs who have coaches.  In fact, two-thirds of CEOs don’t receive any outside advice on their leadership skills. Yet, according to a CEO survey conducted by Standford University, it found that most CEOs would be receptive to suggestions from a coach.  In his experience, the most successful assignments have been with CEOs and boards that seek out a coach/advisor not necessarily to fix a fundamental problem or weakness, but instead as a key competitive advantage to stay at the top of their game. At the end of the day, the real coaching benefits are awareness, change of behavior and perception, increasing efficiency, power and having an unbiased point of view.